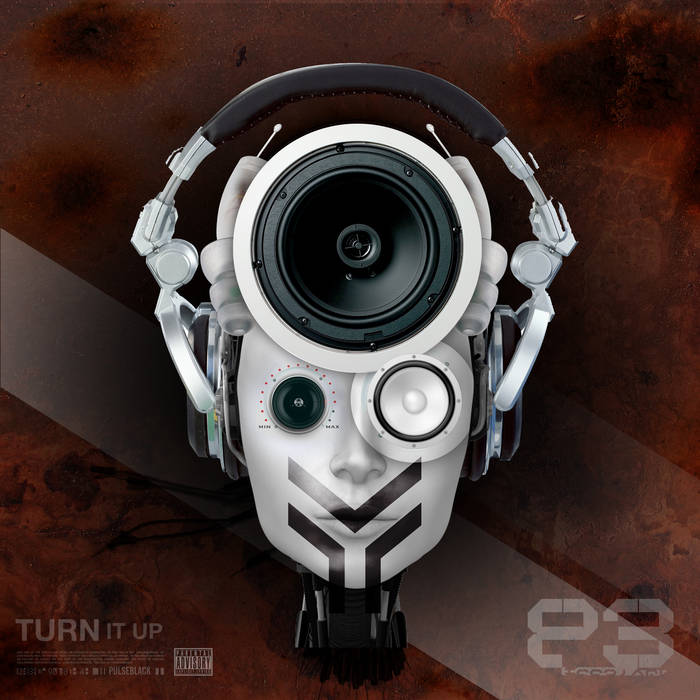 Noi Anthem Electro that could have been put out on WaxTrax over a decade ago if the soundscape being used were possible back then. Very fun song that got the normals dancing after a show once and their coolest Track thus far IMO. Favorite track: Turn It Up (Annihilator Mix).

Go Fight is one of the best Industrial dance acts of all time.
Lead by front man Jimmy Marcus from Die Warzau this band penetrates and shakes every inch of your soul.
If you want something to get you energized and motivated just take a listen to Go Fight and you won't be disappointed.
Its non stop Chicago Industrial @ its finest. Favorite track: Make Some Noise (J.D. Supercollider Mix).

Sighris I love "Turn it Up" _and_ I'm gonna call "Light of Day" my favorite song! - Keep rockin! - and Go Fight for that which you believe is worth the battle ov Life!!! Favorite track: Light of Day (Carpet the Club Mix).

And they really are there. Every one of these people (who aren’t bots) are real, feeling, caring people. And it’s easy to forget that. In the middle of the night, when you feel alone, you aren’t. And that may be the greatest gift that social media has to offer.

We can all be sarcastic and biting, edgy and cool sometime but when someone we care about hurts or kills himself or herself, we all do the same thing lately:

We look at the time. Was I awake? Was I there? Why didn’t they reach out to me? Didn’t they know?

What we are asking people to do is exactly what they do now. Ask one of these people, “if you could have your friend back would you be willing to spend 2 hours tonight talking to them, or answer a few emails, or send them a picture, or brainstorm with them tonight how to solve a problem?” Would they be willing to be on that team? The answer is always yes. We’ve seen it in emails, in real life, in status messages, in tweets, all over. It’s true.

So to all the people on our team, we want to make the truth more visible. The Go Fight “Turn it Up” extended digital single is free to download as “compassionware” to anyone who posts the following in their facebook status or does something similar in Twitter:

If you are on my friends’ list here, that means you are my friend. You probably see my picture on your newsfeed every day. And I know that sometimes, no matter how many friends someone has- no matter how many little pictures they see on newsfeeds-they can hit that one day that’s just worse than all the others, a day where you can’t come up with a good reason to go on. I hope you know that I’m here on that day, too, and I’m not just a picture to you. And if you really can’t think of a reason to go on, please, please, message me and I promise you we’ll find one together.

For anyone else who can say this, believe it, and mean it, Go Fight’s new single, “Turn it Up” is available for free download for posting this as your facebook status and letting other people know that you are there.
(gofight.bandcamp.com).

Feel free to skip the second paragraph if you don’t care for the song or don’t want to feel promotional. It’s just our way to reward people for putting the truth out there- and it’s the least we can do. In fact, if you like, substitute something that YOU are giving away- a song, anything. Just make sure it’s something you made and have rights to.

And, no, we aren’t scraping facebook APIs and the social graph to make sure people comply. This is all on the honor system. All songs are covered by a creative commons license, which, if you don’t know much about, are certainly worth looking into.

We don’t think that this solves all the problems, not by a long shot. But maybe one or two more people see your status and remember your name for later. You are there.

A.
Turn it Up (Annihilator mix) 134
Make Some Noise (Duffy SuperCollider Club Mix) 128

Recorded and mixed by Jim Marcus at Go Station

This release has more cowbell