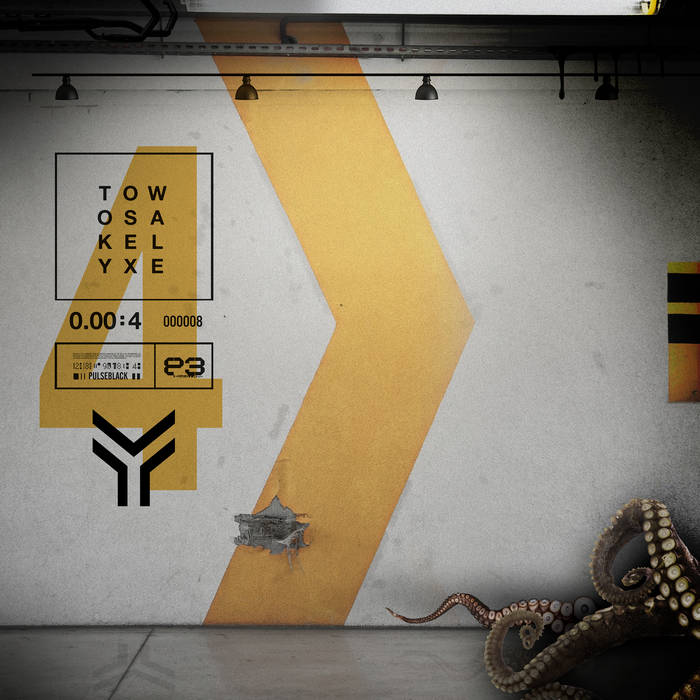 Scott Unsung Jim Marcus. An individual who has been laying down some thought provoking tracks for a long while. Go Fight is one hell of a roller coaster. You will do well to listen! Favorite track: Chemical.

Elijah Damien Davis Jim Marcus has been the master of funky Industrial for over 30 years and this album is one of his and his wonderful compatriots' finest albums yet. It's definitely one of the very best of 2018 so don't hesitate, buy this album! Favorite track: Gods Tonight.

PhilintheSpaces This album is well put together. The beats are bold. The lyrics are empowering. I can’t help but move SOMETHING whenever I listen to Go Fight. Tokyo Sexwale first invites you in with open arms on Welcome To The Future. The album pampers you with joyful fun beats and empowering lyrics; sometimes pointed, sometimes silly, always fun. And then Gods Tonight closes out the album perfectly like the closing act in a vaudeville show where everyone comes back out to bid you farewell. Only they are encouraging you to stand tall and reminding you that you are not alone in this fight. Favorite track: Another Fucking Love Song.

jared Jim Marcus is a Chicago legend and such an important figurehead to rally behind right now. All my boxes are checked with this release. Great beats, catchy choruses, and important lyrics. Favorite track: Chemical.

Ilker Yücel For over three decades, Jim Marcus has been making music that bridges that fine line of being socially conscious and politically aware with music that is entertaining and enjoyable. GoFight's fourth album really digs into the progressive and transgressive issues today and is a call of protest against injustice, to take action and break bad laws, and a message of love to those willing to listen. Bravo!

Go Fight has been:


All Songs written and performed by:
Marcus, Evans, McAley, Marcus

Special thanks to our scene mates for a lifetime of inspiration, support, friendship, and great music:

30 years ago, I was in a band called Die Warzau. We released an album, Disco Rigido, our first full length record. The first song was a dystopic exercise called “Welcome to America” and the very first line on that entire album was “This is a Racist Nation.”

Today, as Go Fight, we released an album where the very first line is, again, “This is a Racist Nation.” Because despite how much progress has been made in the last 30 years, it’s still true. Because this is still the America of Michael Brown and Dylan Roof, a penal system that, by every standard, is stacked against people of color, and a fanatical percentage of the population that could never believe that Barack Obama was an American, despite the obvious citizenship of his mother just because of his color.

We can’t fail to focus on the problems we have in this country, because that’s what we do. We focus on problems, fix them and then sit vigilant, making sure we don’t slip back into the past.

But we can’t forget why. We do it out of a deep and informed belief that the future is a better place than we can imagine. And that people are good and can live there. That’s the innate mental heroics of a modern progressive. To fight against problems, many caused by small spirited, mean, and cruel people, and still believe, without question, that people are good, that they, if given the chance, will be better, and that they are resources, not drains, Solutions, not problems, heroes, not, on the inside, villains.

We have no choice but to position people as the part of the universe that is an end unto itself, deserving of our love, worthy of every effort we can put together today. Because that is the “battery” of progressivism, our understanding that there is a dignity to every thinking, living person, knowing that we will, as time goes on, need to expand the term “personhood” to apply to so many animals, to Artificial intelligences, and one day, maybe, to people from other Planets.

We can’t fail to fight but we can’t fail to love, either. And If people are deserving of our dignity, our love, our compassion, each of us is. Every one of us. And that means you, too.

So many of us would not hesitate to stop and rip off our shirts and dive in and save a drowning person, because that is the simple-to-understand execution of what we believe. That people are important. And it’a not just belief that progressives share. This idea fits into so many world views. And when you dive in to save someone you do justice to that idea.

But many people who would not think twice about diving in to save someone else, won’t do what is needed to save themselves. When they are tired and want it all to stop and don’t think they can keep on going. They might think everyone is worth digging out of the water except them, that everyone is deserving of a rescue but just not them.

It is the hardest thing to drag yourself out of the water. But we can all build lifesavers. We can turn to friends and family and make sure we have someone we can call to help us out of the water. We can do work on the days we feel like we can. We can get up on a good day and build a guardrail around the pool to NO ONE falls in, not even us.

A lot of people will tell you that you are important, and that may not resonate on the day it needs to, when the monster in your head says you aren’t. When that monster who told Kurt Cobain, Chester Bennington, Dolores O’Riordan, Chris Cornell, Wendy O Williams, Ian Curtis, and so many other amazing people tells you that you don’t matter either. I don’t have any illusions that me, some far away guy who happened to make a record is going to make a difference.

But I can, hopefully, plant in your head the idea that the Monster is a liar. It lies. It lied to those people above and it’s lying to you. You are more important than anything, more deserving than you can imagine, and you have so much work to do. As an artist, as a speaker, as a person of compassion, as an LGBTQ person, as a football player, as a visionary, as a bricklayer, as a dancer, as a voice for someone else who isn’t here, as someone who just doesn’t know WHAT they are yet.

You can tell the truth.

And even if that’s all you can do today, please stay and do that.