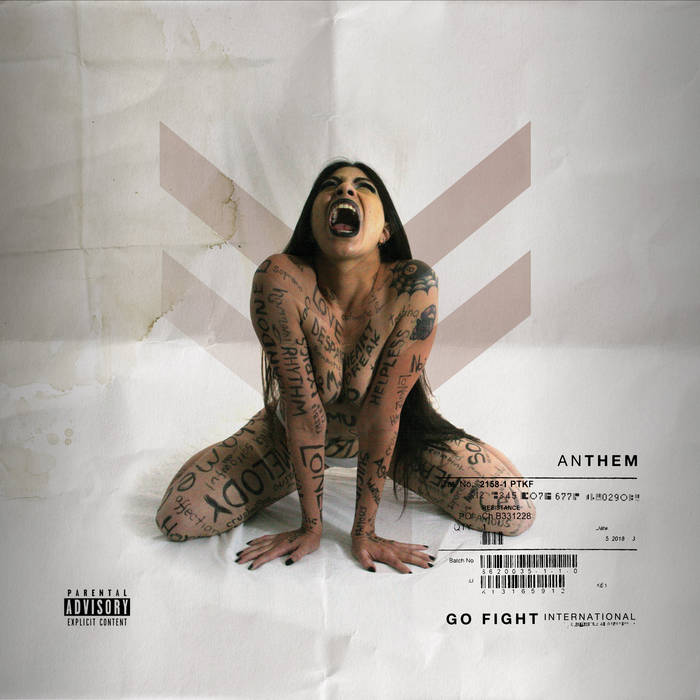 Tom Gold Contacted 3 times about this cd I purchased in August. Promised 3 times a replacement was sent. still nothing.

PhilintheSpaces Always love Go Fight's music. And this album is certainly not an exception to the expectation that I will absolutely love the music. They never disappoint. Until I order a CD. I've ordered and paid for this CD twice and have yet to receive it. And no one will answer my emails. So here I am. Hello?

UPDATE: Thank you Go Fight. I really appreciate you making this right. Got my CD in the mail along with some other goodies to make up for the trouble. Y'all are still awesome!! Favorite track: Bostitch.

Steven OLaf Gang of Four's "I Love a Man in Uniform" seems like it was written specifically for Go Fight to cover in 2019. Cool seeing bands like Shriekback and Underworld getting their due as well -- though taking on a Yello track took balls the size of Buicks (I was nervous but "Bostitch" is already my favorite jam here.) Favorite track: Bostitch.

All the proceeds for this album are going to RAICES

Their mission is to defend the rights of immigrants and refugees, empower individuals, families, and communities, and advocate for liberty and justice. They work with. immigrants at the border to help ensure justice and dignity for everyone.

If you have donated already to RAICES, please message us at facebook.com/gofightband at with a screenshot of your donation and we will send a free download.

A friend once told me they didn’t want to write socially and politically relevant music because they were afraid it wouldn’t be important later
And I know how important it is to feel like the music you make has a life in the future. You spend so much time doing it, you care about it, you lose yourself in it. And if it doesn’t have a life ahead of it, what’s the point? But one of the things that I’ve noticed about political anthems is that they survive. The world moves on, but it does it in cycles. And it can be surprising how relevant a song can be almost 40 years later. We took a few of our favorite songs from the 80s, songs that meant a lot at the time, and tried to demonstrate that each one is every bit as important today as it was then. I have no illusion that we made them better, not by a longshot. But this was a way to give thanks for the giant shoulders- to consider how prescient these artists were. And are.

Special Thanks to Rodney Linderman and the Dead Milkmen for demonstrating way back that you could be Politically and Socially Relevant, Irreverent, Funny, and sometimes wildly inappropriate and make great music that lasts. More than any one inspiration, they are the model for Go Fight.

Thanks to Marc Almond for doing the most transgressive thing you can do as an artist- being himself unapologetically.

Thanks to Underworld for never stopping,

Thanks to Yello for reminding us that we aren't machines and that's a good thing.

Thanks to Gang of Four for some of the most enduring music ever written, and to Shreikback for being the soundtrack of slinky rebellion.

Thanks to Stephen Mallinder, Richard H. Kirk, and Chris Watson for decades of amazing art as part of a scene that I love.

Thanks to Alice Cooper for taking a chance and trying something different.

And thanks to my brother, Van Christie for being the best partner, inspiration, mentor, friend, and bandmate anyone could ask for when experimenting and trying to make records you can actually love. He never compromised or watered down anything. He never did anything for any other reason than it would make the music better. Every song I write or record is better in some way because of him. Not perfect. because, hey, I'm still me. But better. ;). He made Die Warzau into something I could be really proud of.

Thanks to RAICES, who work tirelessly to protect human life and dignity at the border. How we respond to people in need at our door, says everything about ho we are and who we could be. Please donate to www.raicestexas.org